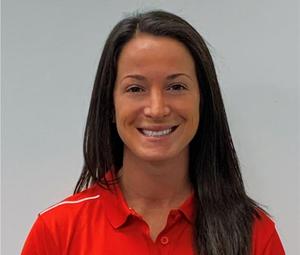 Sacred Heart Academy is pleased to announce that Danielle Etrasco will assume the role of new head coach of the Varsity lacrosse team effective immediately.

Sacred Heart Academy is pleased to announce that Danielle Etrasco will assume the role of new head coach of the Varsity lacrosse team!

Etrasco spent six years coaching Division I lacrosse at Georgetown (3), Army West Point (2), and Virginia Tech (1). From 2016-2019, Danielle played professionally for the United Women’s Lacrosse League and Women’s Professional Lacrosse League. She serves as Coordinator of Player Development for the team, and served as a volunteer assistant coach in the Spring 2022 season.
An All-American from Massapequa High School, she went on to a standout playing career as an attacker for Boston University.  Along with serving as team captain as a junior and senior, she led the Terriers in scoring during her sophomore, junior and senior campaigns, including team bests of 79 points, 59 goals, and 20 assists as a senior. A two-time Intercollegiate Women’s Lacrosse Coaches Association (IWLCA) All-American, Danielle earned IWLCA All-Northeast Region first team and All-America East Conference first-team honors in each of her final three seasons at Boston University.
Etrasco says,  “It is an honor to be the next head varsity lacrosse coach at Sacred Heart Academy.  I have always considered SHA one of the premier catholic high schools in New York, and my time volunteering in the 2022 season confirmed my belief.  There is a tradition of excellence matched with high expectations within the lacrosse program that I look forward to building upon.”
Danielle was a member of the United States National Team from 2011-2017, earning a spot on the 2013 World Cup squad.  She won a gold medal with Team USA at the 2013 Federation of International Lacrosse (FIL) World Cup in Oshawa, Ontario, totaling 17 goals and three assists in the seven-game tournament.
Etrasco succeeds Morgan Molinari O'Connor, who built SHA’s program to a US Lacrosse top 20 nationally ranked program. In her 14 year coaching career, O’Connor coached 78 players who moved to play collegiate lacrosse, 16 All-Americans, 40 Academic All-Americans, and 2 Jackie Pitts Award winners. She will continue to serve as the Athletics Director, overseeing SHA’s 24 teams, 60 coaches and over 500 student-athletes.
O’Connor says, “it is a pleasure to hand over a program that has taken hard work, time and dedication to build to a person who knows what it takes to get to the top and remain there.  I have known Danielle since coaching her as a high school player.  I have seen her develop as a player, coach and professional.  She is poised to lead the program in the right direction.”